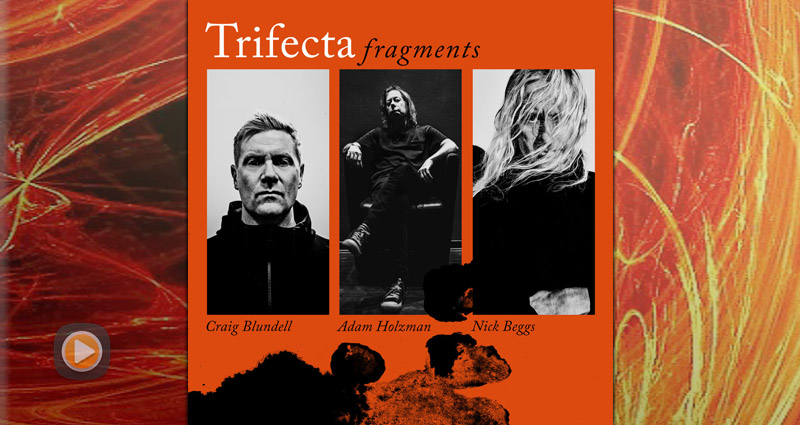 Trifecta features three of the contemporary music scene’s most lauded and revered musicians: bassist and songwriter Nick Beggs, keyboardist Adam Holzman, and Craig Blundell on drums. All three have performed together as part of Steven Wilson’s touring band, turning around after soundcheck to jam together. They formed what reflects the “jazz club” sound with a serious progressive twist and created several ideas for the album “Fragments.” Nick Beggs comments “after the last tour with Wilson finished, we had a handful of tracks ready to work on and as we moved through our various separate projects we agreed to work on Trifecta.”

The record primarily leans toward a fusion of jazz rock, being instrumental except for the first single, the wonderfully titled “Pavlov’s Dog Killed Schrodinger’s Cat”. The lyrics of which, Beggs states “are written from the perspective of a layman trying to understand quantum mechanics…and failing.” Dig into this release on CD, Download, or Streaming.