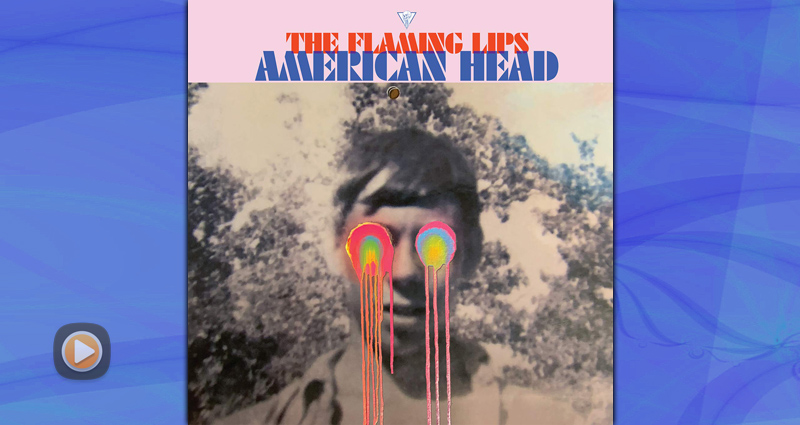 The Flaming Lips have released their most consistent studio album to date since the release of their successful albums “The Soft Bulletin” and “Yoshimi Battles the Pink Robots.” Similar to those albums, the 13 songs on this 2020 release “American Head” are classically structured and feature the same sonic and high production qualities. Kacey Musgraves (a fan who covers “Do You Realize” in her live set) has been featured on “God And The Policeman.” The album is

Retaining some of the symphonic sweep of the Soft Bulletin era and the freaky futurism of their post-Embryonic state, and even rekindling their romance with Neil Young’s piano ballads, the Flaming Lips blend in psychedelic guitar tones, and stargazing anthems. On American Head we get songs about people working in slaughterhouses and slinging coke on the side to get by, fond teenage memories of taking quaaludes and recollections of dropping LSD.

As the album title suggests, these sorts of stories are endemic to the American psyche and perpetuate themselves across generations. While these songs may be loosely based on incidents in band member Coyne’s past, they speak soundly to the country’s current state, where working-class teens are all too often forced to choose between the army, addiction, prison, or death. When much of the world is both pining to go back to the way things were pre-COVID, we are having their eyes pried open to the social ills and inequalities that have been festering all along.

Still American Head handles this heavy subject with a light touch, framing the stories in a realist and magical sunset atmosphere that brings it down to earth in the bands usual charm. For added authentic southern flavor, three tracks feature vocals from Kacey Musgraves, the latest pop star to get roped into the Lips’ supersonic circus. But, in contrast to their previous match-ups with Kesha and Miley, Musgraves serves more as a textural enhancement to the album, lending her dreamy wordless sighs to the instrumental “Watching the Lightbugs Glow,” and floating in the background of its companion track “Flowers of Neptune 6.”

available through all digital retailers, on CD and vinyl, plus through streaming services.