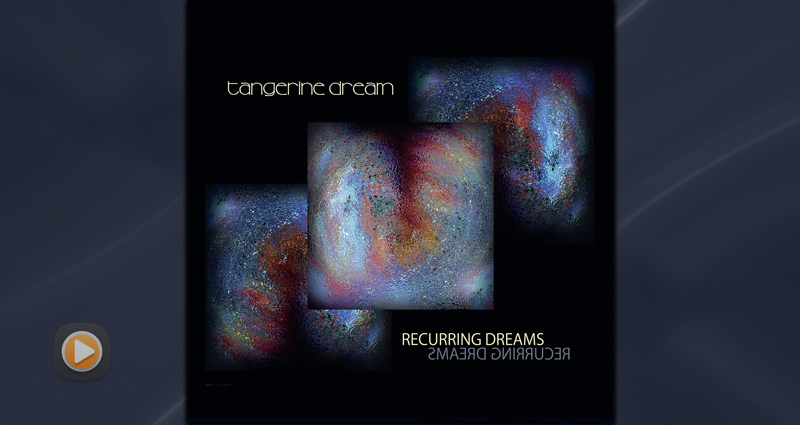 2020 collection of newly reworked selected classics by the 2020 lineup of the legendary pioneers of electronica and ambient. Tangerine Dream have been a fundamental influence on electronic music since Edgar Froese founded the band in West Berlin back in 1967. Over the decades the group has received seven Grammy nominations, written over 100 studio albums while led by Froese, who developed an instantly recognizable synth-based instrumental music built on a meditative musical experience that came to prominence in the '70s and '80s. Fast-forward to the present day, when popular culture is rediscovering synthesizers and sequencers, and Tangerine Dream are in the mix of an exciting time for an evolving electronic music scene. Modern Tangerine Dream has seen the beginning of The Quantum Years, which began as a concept and series of musical sketches by Froese before he passed away in 2015. With Recurring Dreams, the new generation of Tangerine Dream pay homage to the band's timeless beginnings with captivating and emotional renditions of selected classics, such as "Phaedra", "Stratosfear", "Tangram" and "Yellowstone Park". These new recordings are not just re-recorded covers but heartfelt and individual interpretations, featuring all generations of synths and sequencers, added layers and new arrangements, applying Froese's new quantum dream to these highly influential tracks.