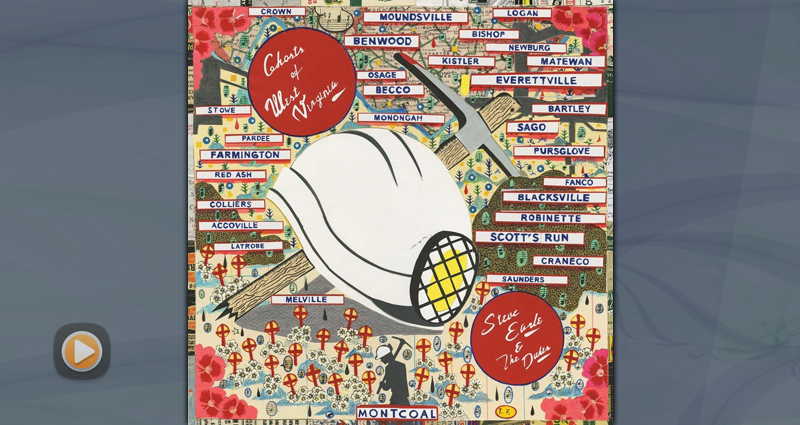 One of the most celebrated singer/songwriters of his generation, Steve Earle first won an audience as a country artist, though it did not take long for him to demonstrate that designation was too narrow to embody all he had to say. Earle's songs and his approach to performing them run the gamut from country to bluegrass to rock to folk to blues, and his populist lyrical stance, literate yet down to earth, finds room for the personal and the political, writing about the stuff of everyday lives as well as the forces that shape and define their existence.

On his 2020 release “Ghosts of West Virginia,” he focuses on the Upper Big Branch coal mine explosion that killed twenty-nine men in that state in 2010, making it one of the worst mining disasters in American history. When asked about what drove him to craft his deeply evocative new album, Steve Earle says, 'I thought that, given the way things are now, it was maybe my responsibility to make a record that spoke to and for people who didn't vote the way that I did,' he says. 'One of the dangers that we're in is if people like me keep thinking that everybody who voted for Trump is a racist or an a**hole, then we're f*cked, because it's simply not true. So, this is one move toward something that might take a generation to change. I wanted to do something where that dialogue could begin.' In ten deftly drawn, roughly eloquent, powerfully conveyed sonic portraits, Earle and his long-time band the Dukes explore the historical role of coal in rural communities. More than merely a question of jobs and income, mining has provided a sense of unity and meaning, patriotic pride and purpose 'I said I wanted to speak to people that didn't necessarily vote the way that I did,' he says, 'but that doesn't mean we don't have anything in common. We need to learn how to communicate with each other. My involvement in this project is my little contribution to that effort. And the way to do that ' and to do it impeccably ' is simply to honor those guys who died at Upper Big Branch.'