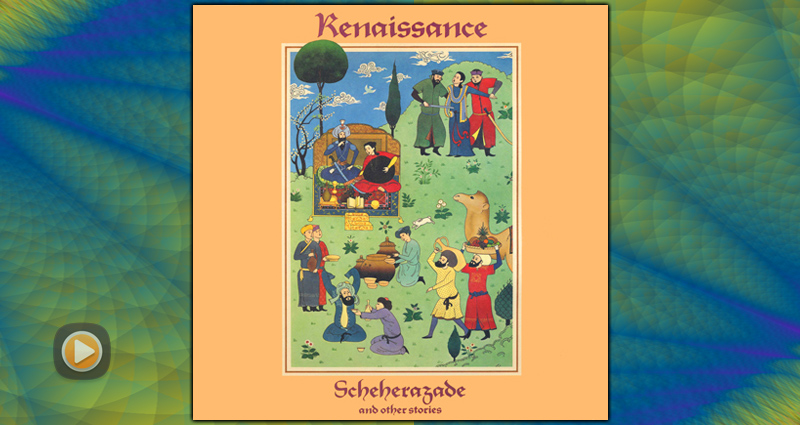 This re-mastered 2 CD + 1 DVD expanded clamshell boxed edition of the classic Renaissance album “Scheherazade & Other Stories” is now available. Recorded at Abbey Road studios in May 1975, the album is rightly regarded as one of the band's finest works, featuring the epic 'Song of Scheherazade' featured on the original LP second side and other classic tracks including 'Trip To The Fare', 'Ocean Gypsy' and 'The Vultures Fly High'. Upon its original release the album reached the US Top 50 and was one of the best-selling Renaissance albums. This expanded edition has been newly remastered from the original first-generation master tapes and also features a 5.1 surround sound up-mix on the DVD (NTSC/Region Free) which also includes a high resolution stereo mix and a bonus of a previously unreleased 1976 live promotional film. The set also includes a bonus CD taken from a concert recorded in January 1976 in Nottingham, England, and a previously unreleased bonus track. The release also features an illustrated booklet with a new essay featuring exclusive interviews.