Pink Floyd - Dark Side of the Moon 50th Anniversary Box 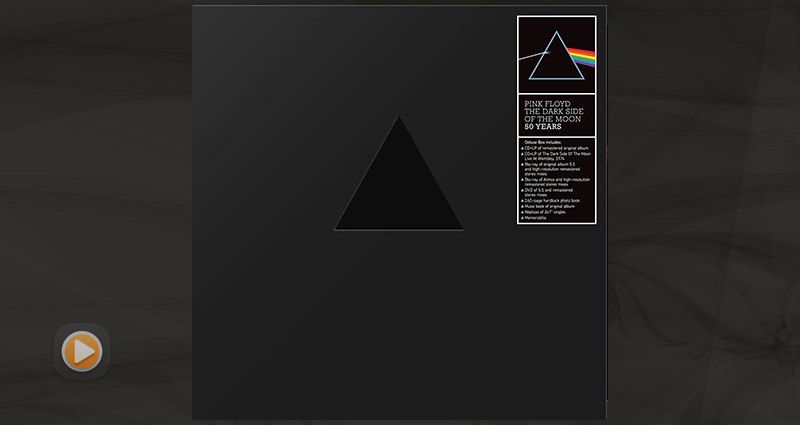 The legendary progressive rock band Pink Floyd will release a new deluxe box set in March to celebrate the 50th anniversary of their classic 1973 album, The Dark Side of the Moon. The album has been newly remastered for this special release and the deluxe box set includes both a CD and a Vinyl version. Of greatest interest to immersive listeners is the brand-new Dolby Atmos mix found on the Blu-ray, and the 2003 5.1 and hi-res stereo mixes across a second Blu-ray too. However, the Quad mix, which was included in the 2011 Immersion box set, is not included in this pricy edition, as well as the unreleased tracks from that 12-year-old collection.

For fans, the bonus in this edition is also the inclusion of the Live at Wembley Empire Pool show (from November 1974), which has been newly remastered and is made available on vinyl for the first time. The box set also includes two replica seven-inch singles and a 160-page book curated by photographer Jill Furmanovsky and art-directed by Hipgnosis co-founder Aubrey Powell.

At this time the box set is the only way to get a physical version of the new Atmos mix, and this set it's triple the price of the Immersion edition from 12 years back! Still, if you are ready to lay down some coin, the Dark Side of the Moon 50th anniversary box will all be released on March 24, 2023.

Box set with CD's, Blu-ray's, DVD, and Vinyl.  Also expected to be available on Streamings Services.