Nektar - The Other Side 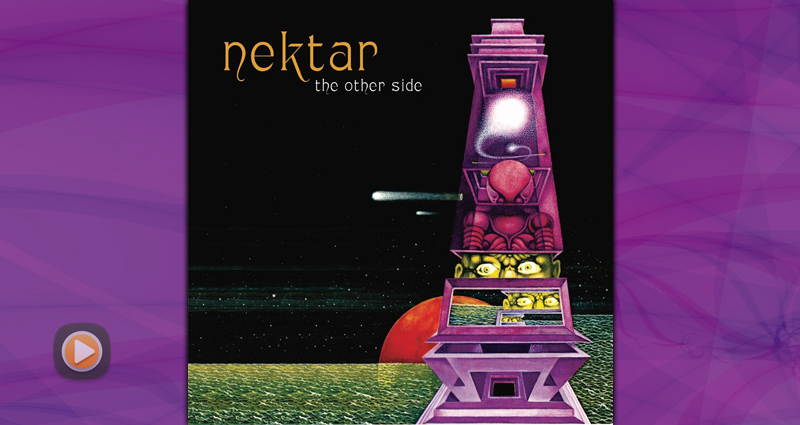 The legendary band Nektar has returned in 2020 with a new studio album titled “The Other Side.” Throughout the 1970s, Nektar released a series of acclaimed albums, scoring chart success in Germany (where the British band was based) and later in the USA (where the band relocated). Following the passing of original guitarist/vocalist Roye Albrighton in 2016, fellow founder members Derek "Mo" Moore (bass, vocals), Ron Howden (drums, vocals) and Mick Brockett (lyrics, visual conceptions) reunited along with Randy Dembo (bass, 12-string guitar), Ryche Chlanda (guitar, vocals) and Kendall Scott (keyboards) to begin work on a new album. Ryche Chlanda originally recorded with Nektar in 1978, and for The Other Side, the band updated some of those ideas which evolved in the basement of Mo Moore's house in Chatham, New Jersey. Ron Howden, Mo and Ryche collaborated on much of the music heard on the album. The 1978 unrecorded song 'Skypilot' has evolved into 'Skywriter' in 2020.