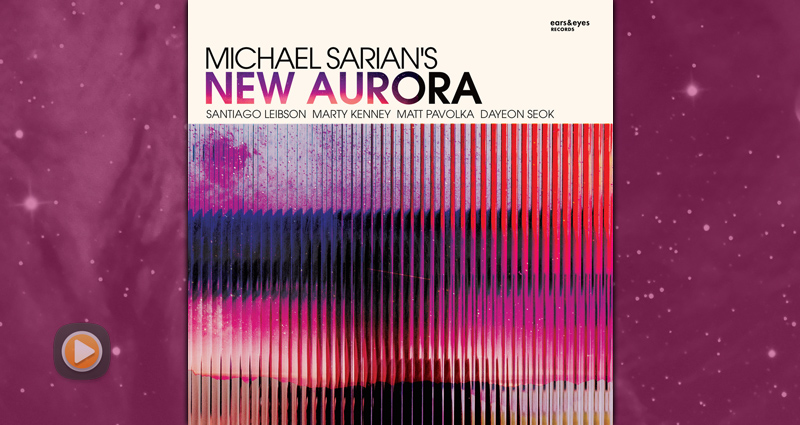 Born in Toronto, Canada, and raised in Buenos Aires, Argentina from the age of one, trumpeter and composer Michael Sarian has been calling New York City home for the past eight years. After spending his years in the US fronting large ensembles (his septet Michael Sarian & The Chabones and big band The Big Chabones) he presents his latest project, which he dubbed New Aurora. His fourth release as a bandleader, New Aurora showcases Sarian as the sole melodic voice in this acoustic quartet, a clear departure from his previous releases which feature extensive four-horn arrangements, electronics, and hard-hitting grooves.

Arguably in gestation since Sarian’s first release in 2014, this album comes as a result of engineer/producer Luis Bacque’s incessant encouragement (nae, insistence) that the trumpeter venture into a freer, more acoustic setting that would feature his own playing, particularly on the flugelhorn, at the forefront of the ensemble’s sound (sure enough, Sarian plays flugelhorn on all tracks save the first). Inspired by the music of trumpet greats Kenny Wheeler, Tomasz Stańko, Enrico Rava, and legendary Armenian/American drummer Paul Motian, Sarian ventured into Bacque Recording Studios to test the waters of this new musical direction. After an afternoon spent at the New Jersey recording studio with Santiago Leibson (piano), Matt Pavolka (bass), and Dayeon Seok (drums), the session yielded the first two tracks of what would become Michael Sarian’s New Aurora.