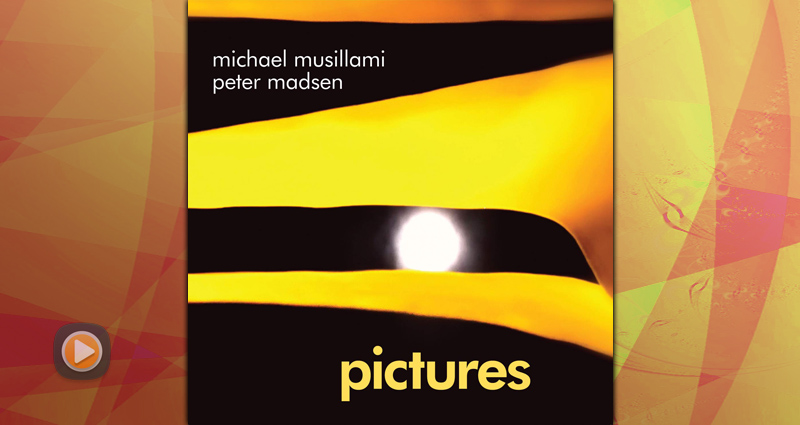 “Pictures” is the 2020 Avant Guard album from the duo guitarist/composer Michael Musillami and pianist/composer and co-leader Peter Madsen. Following up their earlier duo release “Part Pitbull” from 2002, the two musicians draw inspiration from Pictures at an Exhibition, an 1874 suite by Russian composer Modest Mussorgsky as a memorial to his friend, Russian architect and painter Viktor Hartmann, who died in 1873 at age thirty nine. Shortly after the artist s death, Mussorgsky visited an exhibit of Hartmann s sketches, architectural and costume designs, which came from Hartmann's travels in Europe, and decided to capture the experience with musical depictions of ten paintings by Hartmann, interspersed with a recurring promenade. In this intimate duo setting Musillami and Madsen instinctively breath together, recognizing color and texture and react quickly and convincingly to each other with sensitivity as well as with power. It was 2019 when the longtime friends and musical partners composed and improvised Pictures, creating a suite of nine piano and guitar duets plus varied Promenades. For their suite they composed pieces depicting their tour of an exhibition of some of their favorite jazz guitarists and pianists such as Cecil Taylor, Carla Bley, Thelonious Monk, Jim Hall and Joe Diorio, with each piece serving as a musical illustration of each of the musicians heroes. Just close your eyes and open your ears, and go on to see Pictures!