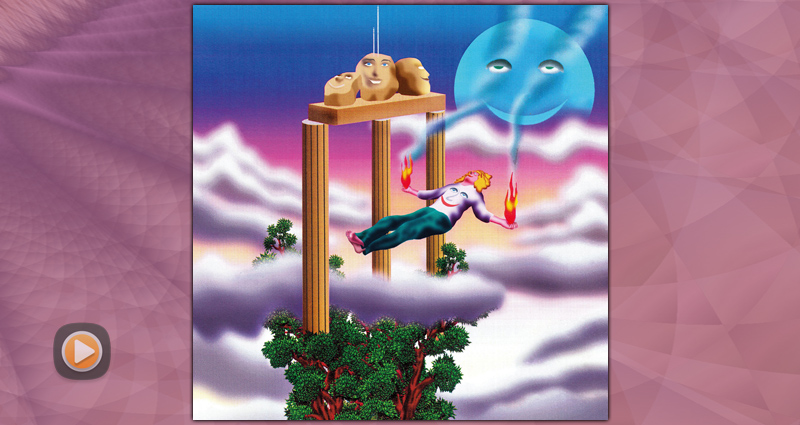 Young rising star and Swiss pianist Luzius Schuler cites John Carroll Kirby, Floating Points and Bill Evans as some of his influences. This may simply serve as an apt preview of some of the ideas Schuler pursues on his 2022 release “Penta Fest.” This album is a testament of Schuler’s soul-searching, isolated self as expressed on the upright piano and through various electronica. Leaning strongly into the ambient and minimalist vein, jazz influences and world beat references can be heard throughout the 10 songs. Listeners will enter a world full of distorted and down-pitched Roland 606 beats, some awesome manipulation of the upright piano blending with pitch-bent synth lines and multiple layers of sound, all gradually emerging to fully fledged pieces.

Digging into the tracks, “Planet Balcony” couples a clock-like piano pulse with lyrical arpeggios evoking triumphant, melancholic top-lines. An extra-terrestrial component looms strongly over this delightfully weird composition, almost as if Thom Yorke had exhaled words of wisdom from his “Eraser” period into the track. According to Schuler, the track, with its repetitive yet never incessant patterns, is a rendition of early spring days: a celebration of the everyday idleness and indolence he had observed on the balconies opposite the recording studio.

The opener “Solar Day” evokes a rich mix of dreamy soundscapes, pre-empting the album’s general flavor made up of reveries spun off minimalist patterns and fluently uncliched improvisation. With his improvised lines, Schuler points to the fact that he relishes ambiguity over predictable outcomes, delicacy over force. The prolific and versatile musician displays profuse ease at ingeniously mingling acoustic and electronic sound palettes. Track two, “Penta Festival”, contrasts angular lines and asymmetric phrasing with joyous precision. There are the rattling mechanics of the piano which makes the instrument appear immensely physical, almost graspable, and seemingly within reach, while on the slightly more mystical “Me in a Mystical Place” Schuler’s pitch-bent chords and use of vibrato elude a good dose of anticipation and friskiness. On this track, Schuler expands his sonic landscape comfortably into the realms of psychedelia while the intro to the closing track “Sooth” makes for a reconciling “Evanesque” finishing mood. A marvelous and wonderfully creative exploration of sound as perceived in the 21st century, this one is not to miss.