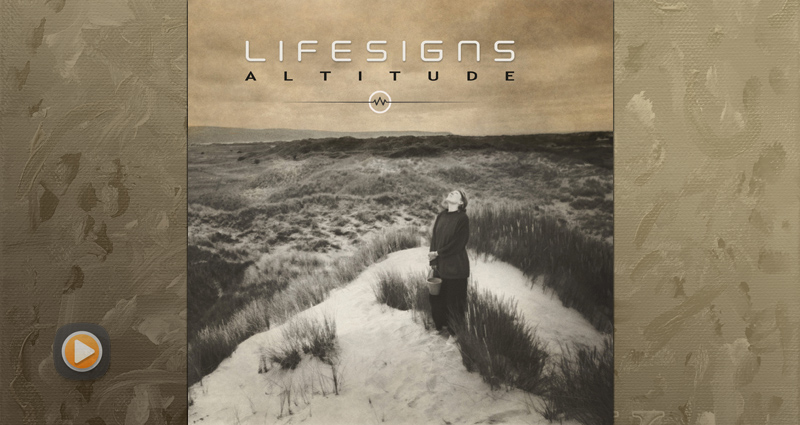 When I first heard the debut album by UK prog supergroup Lifesigns over eight years ago, I was immediately hooked. Now, thanks to a crowd-funding campaign, they are back with their third album, “Altitude” which finds them elevating the progressive rock genre with an even more accessible and energetic twist.

Founding member John Young notes that the group carries an incredibly positive and uplifting message that is so needed in these times. His writing has been influenced by classic progressive bands including: Yes, Camel, Genesis, Caravan, as well as the fusion oriented group Brand X and drummer Bill Bruford. Having worked with Asia and John Wetton over the years, he now is less likely to intently listen to other artists, simply to reduce outside influences and instead build up his own musical identity.

Fans will find the progressive uniqueness of Lifesigns to be refreshing and captivating. Altitude was recorded remotely without the band having met their new member Zoltán Csörsz in person, yet the intricate interplay between him and bassist Jon Poole defies the physical distance between them.