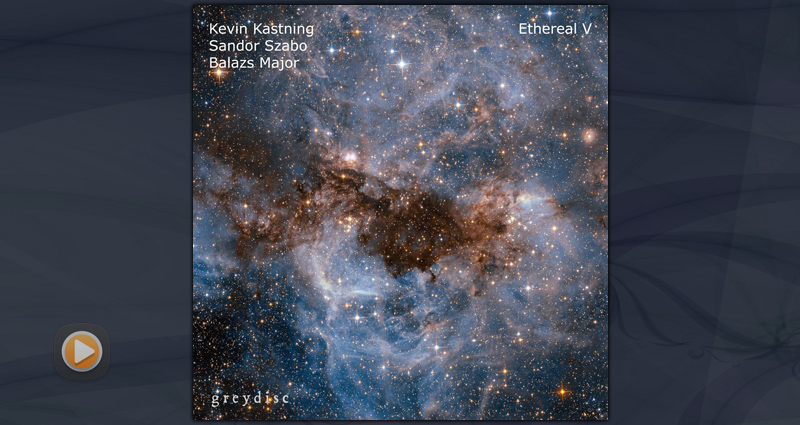 Travelling through the worlds of jazz, new age, ambient, and modern classical this fifth album in Kevin Kastning’s Ethereal series is filled with lush orchestrations and unusual guitar voicings. Over the years Kastning has works with various solo and chamber group instrumentations and recorded a variety of albums with guitarist Alex de Grassi, bassist Michael Manring, and others. Also, Kastning has collaborated with Alistair Hay of Emerald Guitars inventing and building the 36-string Double Contraguitar. This double neck instrument consists of two 18-string Contraguitars used in two different tunings. It provides an extended range and an unusual harmonic palette and has become one of Kastning's main instruments for both concerts and recordings.

Otherworld, Kevin's 2015 solo album, was the No.1 album in the world on the iTunes Classical charts in September 2015. As a revered guitarist and celebrated acoustic guitar wizard Kastning continues expanding as a guitar phenomenon.

Ethereal V is a relaxing ambient release that intrigues the senses with its non-pattern based passages. It is a perfect album for juicing one’s creativity as it goes to unusual places in a very pleasurable fashion. There are moments that remind me of Frippertronics, and others that delve into the mysterious side dipping a tow into the Avant Garde. The combination of his special acoustic guitar and elongated rolling tones opens this music into a free form world that takes one to alternate universes.