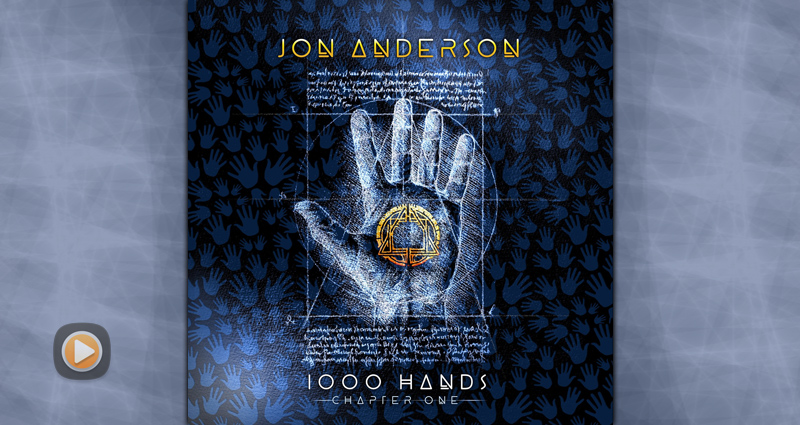 The 2020 release “1000 Hands” by former Yes front man Jon Anderson has been a long time in the making. He started work on the album 30 years ago with Brian Chatten, a long-time friend who was with Anderson in the 1960s group The Warriors.

After some initial recording sessions, the tapes languished in Anderson’s garage for 28 years, and when an offer to help complete the album production came Anderson began a process of rounding up guest contributors including: drummer Billy Cobham, flutist Ian Anderson of Jethro Tull, pianist Chick Corea, violinist Jean-Luc Ponty and guitarist Steve Howe, among others.

Anderson believes the record adheres to his original vision, and goes on to comments, “In its complete idea it is exactly what I was thinking at that time back in 1990.” He continues, “The lyrics haven’t changed in two thirds of the songs, we’ve been able to add some of the creme de la creme of music on it and every time I put it on I hear different stuff going on.

While Anderson works with many genres of music, 1000 Hands is primarily progressive rock with a leaning toward world music. With so many guest artists, it is an extremely rich album with an excellent sound quality that is consistent, making for an enjoyable listen.