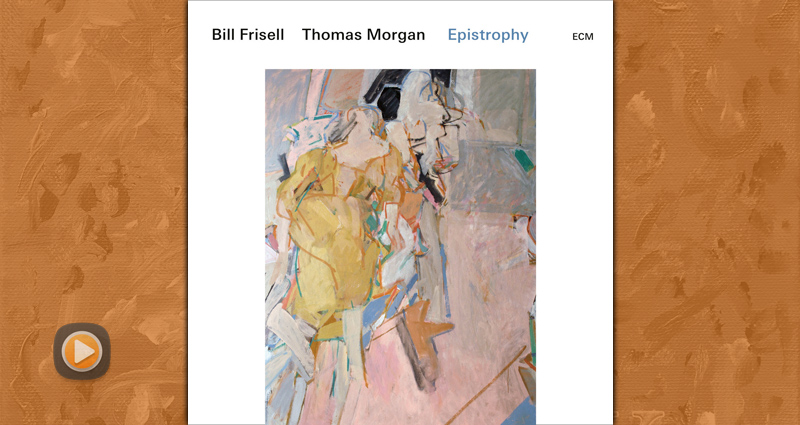 I missed Epistrophy on its initial release back in April 2019 on ECM Records. But as a long-time fan of Bill Frisell, when I spotted it, I settled right in for a listen. The masterful guitarists, accompanied by bassist Thomas Morgan, pulls out a goldmine of techniques he has honed over the years, haunting and mysteriously moving seamlessly between single notes and ever-shifting voicings, they go beyond rich reverb that create a vast soundscape. Frisell sparingly adds effects on the guitar and relies on open strings to create shifting sustaining passages that meander playfully.

Epistrophy's tracks include the title track plus the traditional song, “Red River Valley,” among several others. Throughout the set, Morgan's empathic connection with Frisell is spent in a kind of collective and egalitarian space where the music is more a conversation than anything else, often moving in unpredictable directions. The duo's delves into Joseph Philbrick Webster and Maud Irving's classic “Wildwood Flower,” and they find their way to create a soft but propulsive version of The Drifters' hit, “Save the Last Dance for Me.”

Great interpretations of jazz and popular music during an intimate evening 2016 performance at the Village Vanguard in New York City, available now for all of our listening pleasure.