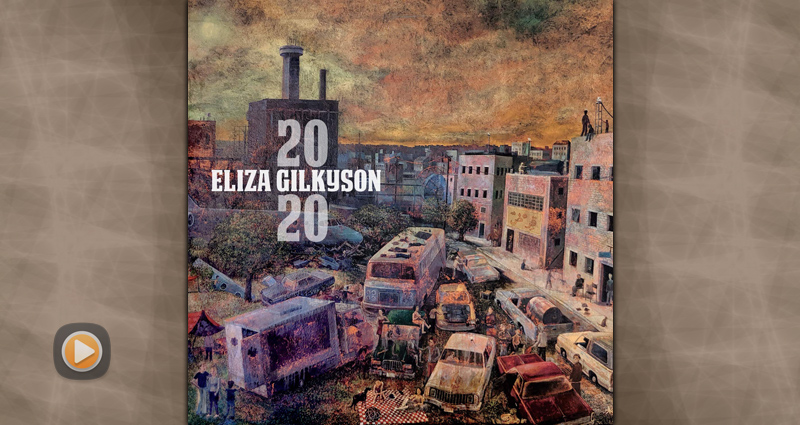 A gifted singer and songwriter who has never been afraid to share her opinions or bare her soul, Eliza Gilkyson's music reflects a forgiving conscience as well as a belief in social justice and an openness to emotional honesty. On her 2020 release produced by her son, Cisco Ryder, the album features songs designed to be audience sing-a-longs in the Pete Seeger tradition of motivational political anthems from the call for unity of "Peace in Our Hearts," to condemnations of President Trump's policies with "Sooner or Later" and "My Heart Aches." Gilkyson also recorded two folk favorites: Bob Dylan's "A Hard Rain's A-Gonna Fall" and Pete Seeger's "Where Have All the Flowers Gone." Her new song, "Beach Haven," was drawn from a letter written by Woody Guthrie in 1952 directed to Beach Haven Apartment's landlord Fred Trump (Potus' father) regarding his racist, segregationist renter policies. The song is Guthrie's invitation to Trump to "open your doors" and "rip out the strangling red tape" that keeps the apartment from embracing all races.