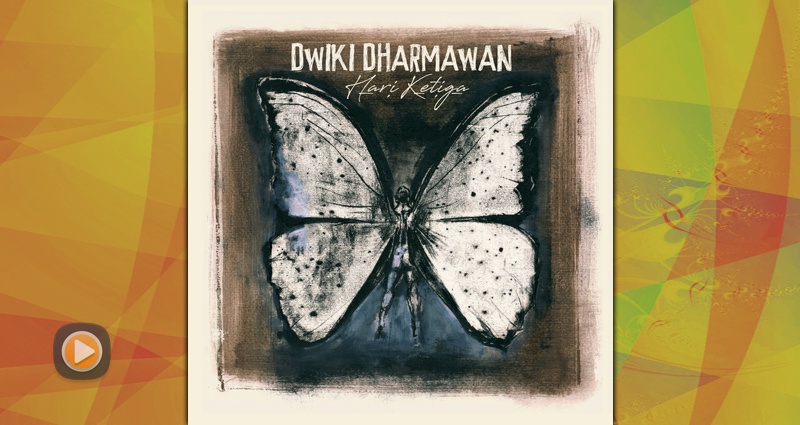 Hari Ketiga (The Third Day) is an improvopera in nine acts by pianist Dwiki Dharmawan, vocalist Boris Savoldelli. Guitarist Markus Reuter, and drummer Asaf Sirkis. The story and lyrics were written by Alessandro Ducoli, with the help from Luca Morzenti, conceived and produced by Leonardo Pavkovic, the sole man behind MoonJune Records.

Some fifty years ago when Man first set foot on the moon, astronauts Neil Armstrong and Buzz Aldrin bounced around on this strange gravity vacuum while gathering terrain samples, snapping photos, and of course planting a momentous United States flag. Looking back into space at the place from which they came, earth appeared no more than thumb sized from so distant a perspective.

It could be said that seeing the world from such a distant perspective has the net effect of raising our collective environmental/ecological conscience. Such a cosmic human journey and their associated photos that have spread across our world have given us the deep realization of the habitat we all share, and our inherent duties to its preservation.

Fast forward to May of 2017, where a group of mighty musical warriors joined forces for a meeting of kindred spirits. Embarking from the La Casa Murada recording studio, they went on a freewheeling nomadic adventure across known and unknown borders of the musical universe. In terms of direction, these sonic pioneers relied more on instincts than any cues from a map. While the seeds were sown; an air of excitement was already cultivated, in anticipation of something new and supremely unique sprouting forth.

Their voyage carried them through the labyrinths of alien-influenced, unpredictably imaginative musical terrain. Hari Ketiga is the logbook amassed during the exploration: an incredible array of nine tracks that weaves written scores together with full improvisation.

Released on MoonJune Records, a boutiques progressive and fusion label that has relentlessly strived for noncommercial and projects that truly do explore new musical ground. Diversity is something Dwiki Dharmawan, as well as Leonardo Pavkovic, highlights as a key element in this album’s creation. This kind of supreme musical biodiversity seems almost sourced from aliens, as though it does not belong to typical Earth inhabitants.