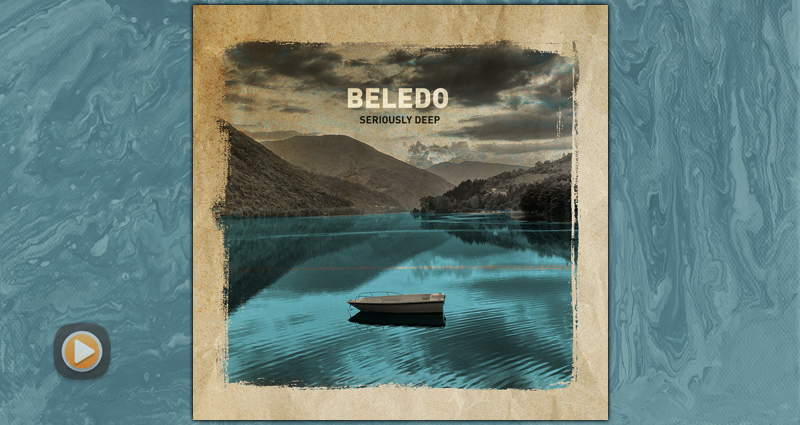 Beledo is a New York City based multi-instrumentalist from Uruguay, focusing predominantly on guitar and piano. On this latest release he is joined by drummer extraordinaire Kenny Grohowski, who has taken part on several MoonJune recordings. Widely known stellar bassist Tony Levin rounds out the trio.

The centerpiece of the album is Beledo’s arrangement of Eberhard Weber’s composition, “Seriously Deep.” This tune originally appeared on the ECM album, “Silent Feet,” which became impactful for Beledo when he first heard it back in 1978. Lasting over 14 minutes the track, with its graceful gently unfurling melody, features Beledo on electric guitar and acoustic piano. Beledo’s high-end undulating solo is complimented by Levin’s ruminative response at the opposite end of the tonal, adding up to a beautifully balanced performance.

The album features both written and improvised music, and he comments “I like to make sure that the musicians have all the materials in advance and that the arrangements are already digested by the time we get to the studio. Then the improvisations will flow without stress. I tend to write everything, but it is not to box people into what’s written but in the hope that it will create a frame of infinite points that will expand the possibilities of expression. The improvisations are an aspect that takes more than a 50% of my compositions and when it comes to my guitar playing it is the aspect that I feel it allows me to express my true self.”