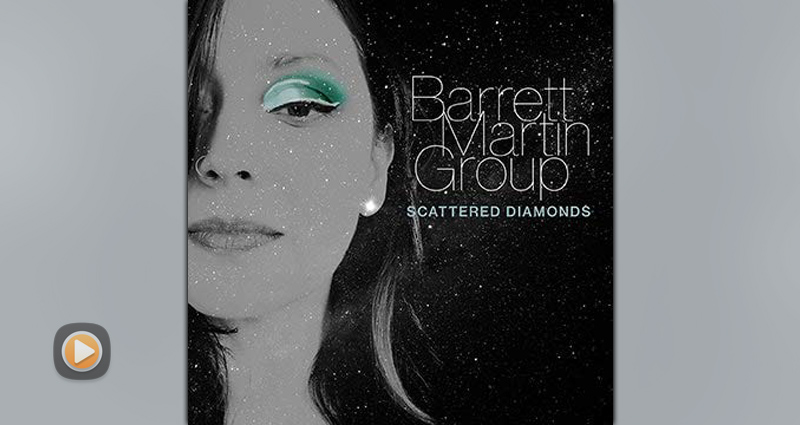 Scattered Diamonds is the 9th studio album from Latin Grammy-winning percussionist, composer, and award-winning writer Barrett Martin. On this 2020 release he has gone through his deep catalog and picked songs that feature collaborations with artists from around the world. The diversity of the guest artists ranges from countries as far away as Iraq, India, Senegal, and Ghana, and include well-known rock and jazz musicians from Seattle and Santa Fe. The songs are as diverse as the guests themselves and feature Barrett's original composing style, built around his visceral drumming and global percussion. He wanted to create an album that encapsulated the immense talents of the variety of guest musicians, including the musical influences they had on him. Each of these songs is a diamond in their unique example of what music can be, scattered over the course of nearly 20 years of composing and experimenting with different genres and styles, Scattered Diamonds is produced by Barrett Martin and recorded by Jack Endino, Floyd Reitsma, Brad Laina, and Barrett Martin at Soundhouse, Studio Litho, and Sunyata Sound, Seattle, WA. Mixed by Jack Endino and Floyd Reitsma at Soundhouse and Studio Litho, Seattle, WA.