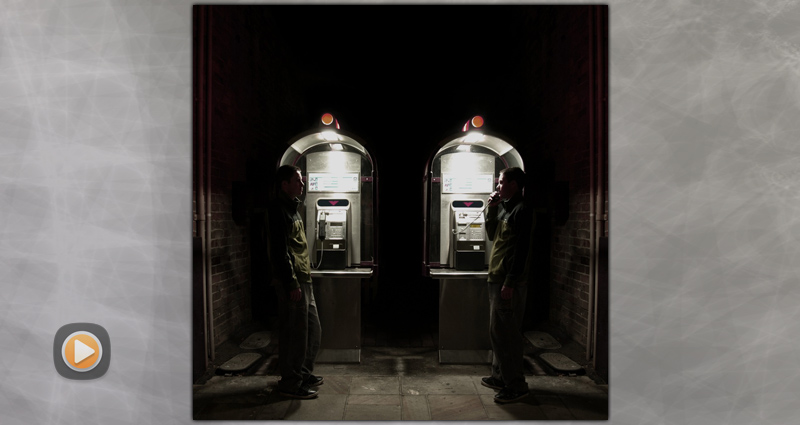 When Anubis released 230503 in 2008, it had begun life as a hobby project by two songwriters - Robert James Moulding and David Eaton which quickly went on to become a band in order to make their first recording. As self-produced debuts so often are created with a lot of enthusiasm, yet with little experience and even less expertise. The album was released independently, 'leaked' on BitTorrent and consequently, as a result of doing the right thing for the right time, found an unexpectedly large audience that has stuck with band and enabled it to continue releasing music for 12 years.

By 2020, when the album turned ten, the band had released six studio albums and had developed their own means of recording in-house that meant that the 230503 album was little more than demo quality in comparison to the latter day studio records. Still, the album features some of the band's most popular music - including the 18 minute fan favourite 'Disinfected and Abused', “230503” garnered great reviews for it's ambition, performances and songwriting, and some derision for it's sound quality.

This 2022 release of 230503 features a complete re-mix and partial re-recording of the 10 songs. The original audio files were passed through better quality audio equipment and plugins to render the guitars, basses and voices in hi-res 88.2k/24bit sound, and the keyboards (which were mostly recorded as midi data) were passed through modern 64bit VSTs and better quality synthesizers. The Hammond organ was sent through a better Leslie cabinet and the whole sonic picture received a facelift.

Additionally, the drums were all re-recorded in January 2020 by Steven Eaton. This process was captured, similarly in 88.2/24 and his performances, while faithful to the original record, give him the opportunity to stamp 10 years of experience playing the material live onto the definitive studio version of the track.

Robert Moulding's voice, having all of the primitive processing from the mid-2000's removed, soars in a way that listeners will be accustomed to on later studio albums, and the clarity in both his and Nick Antoinette's bass playing is stronger than ever.

The album was mixed by Dean Bennison, who produced the original record, and now feels that he has done justice to the band's debut album. Dean joined the band shortly after the release of the album and has gone on to produce the band's entire catalogue.

Douglas Skene digitally mastered the album. Douglas has mastered the band's live albums and the 'Different Stories' and 'Homeless' albums.

This version of 230503 completes the story with a second disc that includes the lost epic 'The Life not Taken', which was woven out of 'The Deepest Wound', 'Leaving Here Tonight', 'Breaking Water' and several minutes of previously unreleased instrumental material. Originally intended to open the 230503 album, it was edited and split into the three songs now better known as the album's opening three tracks.

The album's original intended closing (and title track), 'Technicolour Afterlife' was debuted in an acoustic arrangement on the 'Different Stories' album, but has been included here in it's original form.

Both of these pieces were recorded in 2020 by the current line up of the band, featuring Robert Moulding, David and Steven Eaton, Douglas Skene and Dean Bennison, with Anthony Stewart performing the bass parts as he interpreted them.

The second disc also features live performances of the band performing tracks from the album from 2010 to 2018, with Nick Antoinette and Anthony Stewart on bass. Including a performance of 'Disinfected and Abused' from the band's 2018 European tour at the ProgFrog club in the Netherlands.

This release is available as a two disc CD book pack with linear notes by Robert James Moulding, David Eaton, Douglas Skene, Dean Bennison and Steven Eaton, as well as the band's friend and French promotor Thomas Konsler whose initial review of 230503 in the Musicwaves magazine went a long way toward helping break the band in Europe. Likewise, a download version is also available too.

Plus, unique to the Bandcamp sale of the album are another two CDs worth of downloadable bonus material, namely an official bootleg of the original lineup of the band performing 230503 in full at the Annandale in Sydney in 2010. This is the first full live release of the band that features the original lineup. The audio on the album was restored by David Eaton and mixed and mastered by Douglas Skene. Warts and all, this is a powerful recording of the young Anubis performing 230503 in full for what would be the final time.

The final collection in the download is a full recording of Dean Bennison's original mix of 230503 from 2008, digitally remastered by Douglas Skene, giving the album's original mix the best sound quality and clarity it has had to date. Whilst the sonic limitations of the original, unrestored recordings are present, for those who prefer the original, it remains available via BandCamp.