Eagles - Live from the Forum MMXVIII 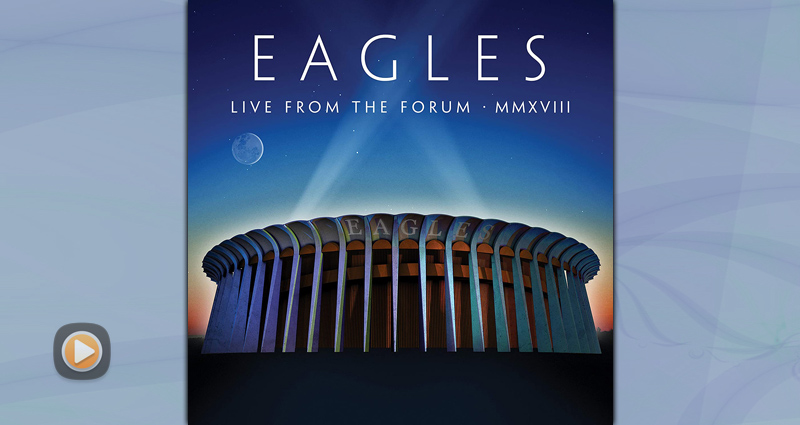 When the Eagles were on an extensive North American tour in 2018, the group arrived at the Forum in Los Angeles for three sold-out concerts on September 12, 14, and 15. Those shows found core members Don Henley, Joe Walsh and Timothy B. Schmit accompanied by Vince Gill and Deacon Frey (the latter is the son of late Eagles cofounder Glenn Frey) performing their classics to sold out audiences. Highlights from all three shows have been compiled into the new 26-song live album and concert film that is released on a a variety of formats.

The concert, which features band hits like “Hotel California,” “Take It Easy,” “Life in the Fast Lane” and “Desperado” along with deeper cuts and bandmembers’ solo hits like Henley’s “Boys Of Summer,” Walsh’s “Rocky Mountain Way,” and Gill’s “Don’t Let Our Love Start Slippin’ Away,” was directed by Nick Wickham and filmed on 14 4K cameras.

The release is offered as a 2 CD + 1 Blu-ray combo pack, a 2 CD + 1 DVD edition, a 4 LP Vinyl box or as a 2 CD set. Obviously for fans who desire the concert experience in their home the Blu-ray or DVD editions will be your best choice.